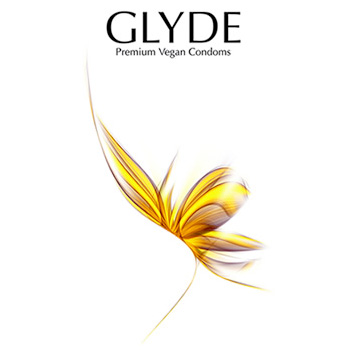 Those who want the very best quality will never want anything else after using GLYDE lubricants. This American brand supplies lubricants and condoms of the highest quality, which makes the pleasure during intimacy even greater! All GLYDE lubricants are water-based and can therefore be used without any worries, even with your favorite sex toys! In addition to lubricant, GLYDE also makes condoms in different types, sizes, colors and in various flavors.

GLYDE makes condoms, there are a lot of different flavors such as strawberry and vanilla, but if you want a different taste you can also go for cola! You can buy the condoms in large discount packs, but we also packed them per ten, so you can change often. If you want something different than a standard neutral color, you can choose a red or blue condom such as the GYLDE Ultra Blueberry or the Ultra Slimfit Red, also nice! All GLYDE condoms are 100% vegan, which means that nothing animal has been involved in the production process.

In principle, every condom could very well be vegan, this is because condoms are in most cases made from natural rubber latex, a vegetable substance made from a milky liquid, which is harvested from the rubber tree. Fortunately, the times when animal gut contraceptives were made are almost over, although there are still a number of New Zealand condom brands that use lambskin to manufacture their condoms. Fortunately, these condoms cannot be sold in the EU, so you can be sure that the condoms you order are free from animal ingredients!