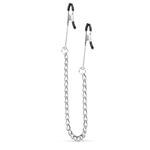 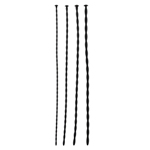 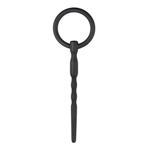 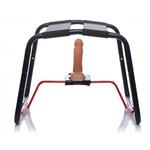 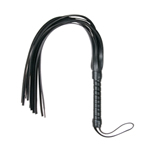 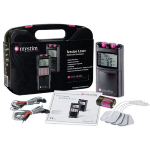 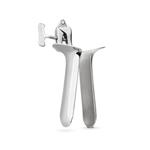 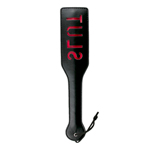 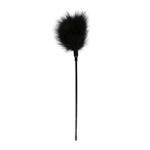 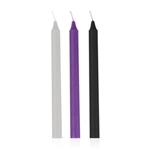 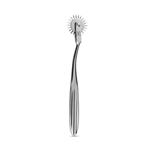 What are SM toys?

In this category you will find toys for the more advanced user such as pinwheels, specula and supplies for eg electrosex. This form of stimulation is usually experienced as too intense by beginners. Beginners in the field of bondage better get started with the more innocent kietelaars, paddles and tepelklemmen.

Which one should I choose?

Which different SM toys are there?

Below we briefly discuss the different SM toys from this category.

A nipple clamp can be attached to the nipples of both men and women. Wearing the clamps restricts blood flow from the nipples. This causes a twinge of pain and makes the nipples more sensitive when touched. In some cases it is possible to attach extra weights to the clamps to exert even more pressure. The weights are extra felt when the wearer of the clamps moves. In this way the freedom of movement of the carrier / submissive can be limited.

An penis plug is an instrument that is inserted into the urethra to stimulate it from the inside . There are many nerve endings on the inside of the penis that you do not stimulate during sex or masturbation. A penis plug has a ring or a ball at the top with which the toy is stopped. This prevents the plug from shooting in during use. Unlike one dilator, a penis plug can also be used during sexual intercourse. In addition, some plugs are hollow on the inside . This makes it possible to urinate during use or to have an ejaculation.

A dilator, also called a sound , is an elongated rod that is used to stimulate the inside of the urethra. Unlike a penis plug, for example, dilators cannot remain in during intercourse. Some have ridges or can emit vibrations to give the user extra stimulation. Women can use a dilator to train the muscles when they are dealing with vaginismus, for example.

A pinwheel is used to torment the submissive. The toy consists of a handle with a rotating wheel at the end with a number of sharp teeth . The wheel can be used all over the body. The intensity of the pinwheel is determined by the amount of pressure that is put on the wheel.

At electrosex the body is stimulated by means of electrical impulses . You stimulate the nerve endings by delivering electrical impulses to the body. Because the body perceives stimuli via these nerves, electronic stimulation can be experienced as quite intense for this reason. Electrosex toys are called electrodes and must be connected to a control unit. This allows the intensity of the current stimuli to be determined.

A SM candle is a special candle that is used for dripping wax onto the body. The temperature of an SM candle becomes less hot than with a regular candle , which reduces the risk of burns. By slowly letting the candle wax drip onto the skin, you increase the sensitivity of the body and create an exciting setting.

Bed sheets are used to place on the bed, sofa, or floor when you and your partner want to massage or make love together. With a lacquer sheet, you and your partner can get started carefree with massage oil, body paint and lubricant . This way, your surface is saved from stains that are difficult to remove.

No matter the SM Toys you want to buy, with us you are assured of safe payment methods such as iDeal and Afterpay. You can always count on us for a discreet and anonymous handling of your order. Do you need help? Our customer service is ready to help you order online at SM Toys.