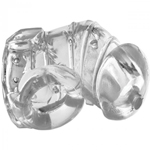 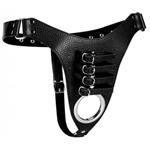 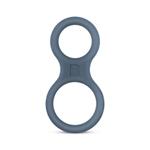 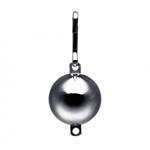 In addition, tools are also available with which seizures can be made about the 'manhood' of the man; the so-called CBT toys. These toys enclose the balls and in some cases the penis of the man. Some toys are intended to stretch the man's scrotum while others are intended to torment and clamp the genitals as much as possible. Some men find it very exciting to be humiliated. This is called masochism. The ball stretchers, ball crushers and ball splitters are intended to seize the man's masculinity, namely his scrotum.

The first stories about chastity belts date back to the early 15th century. The tools were only worn by women at the time . When the husband was away from home, the wife was fitted with a chastity belt. This way they could be sure that their wife would behave when they were away from home. The chastity belt was closed with a lock and the key was taken on a trip.

Which chastity products are suitable for whom?

Which bondage products are there?

Different toys can be used within chastity. Below we have outlined a number of different requirements for a bondage game:

Unlike a chastity belt, penis cages are intended to be worn by men only. A peniskooi, also called a chastity device, is a metal enclosure that prevents the submissive from reaching his sex. In some cases, the penis cage is also equipped with a (removable) penis plug to make wearing a little more uncomfortable. Most of these chastity toys are designed to be worn for a long time. For that reason, the penis cages often have a urination hole through which the sub can urinate. There are also often several small openings for ventilation . This also makes the cages comfortable to wear under clothing for a longer period of time.

A ballstretcher is a male sex toy used to stretch and lengthen the scrotum . You put the toys around the base of the scrotum. Some models also have a second ring that can be slid around the penis. Some versions keep the balls far down due to their length where other toys use a heavy weight to bring the matter down.

A ball crusher, also called a ball clamp, is used to apply pressure to the man's testicles . These toys are meant for a more sadomasochistic game, where the submissive takes pleasure in receiving pain and humiliation. In some cases, the toy can be turned more tightly with the aid of a wing nut. Other models are made of stretchy silicone and enclose the balls tightly when the toy is attached.

Ball splitters consist of a penis ring that is slid around the shaft of the penis. A second band is attached to the bottom of the ring that separates the balls. The toy pushes the balls out a little bit, making the testicles extra prominent. The ring retains the blood in the penis so that the erection can be held longer . Most ball splitters can be made to fit with the help of a snap fastener. The balls of the man are put in the shop window with this toy.

No matter the Chastity you want to buy, with us you are assured of safe payment methods such as iDeal and Afterpay. You can always count on us for a discreet and anonymous handling of your order. Do you need help? Our customer service is ready to help you order online at Chastity.